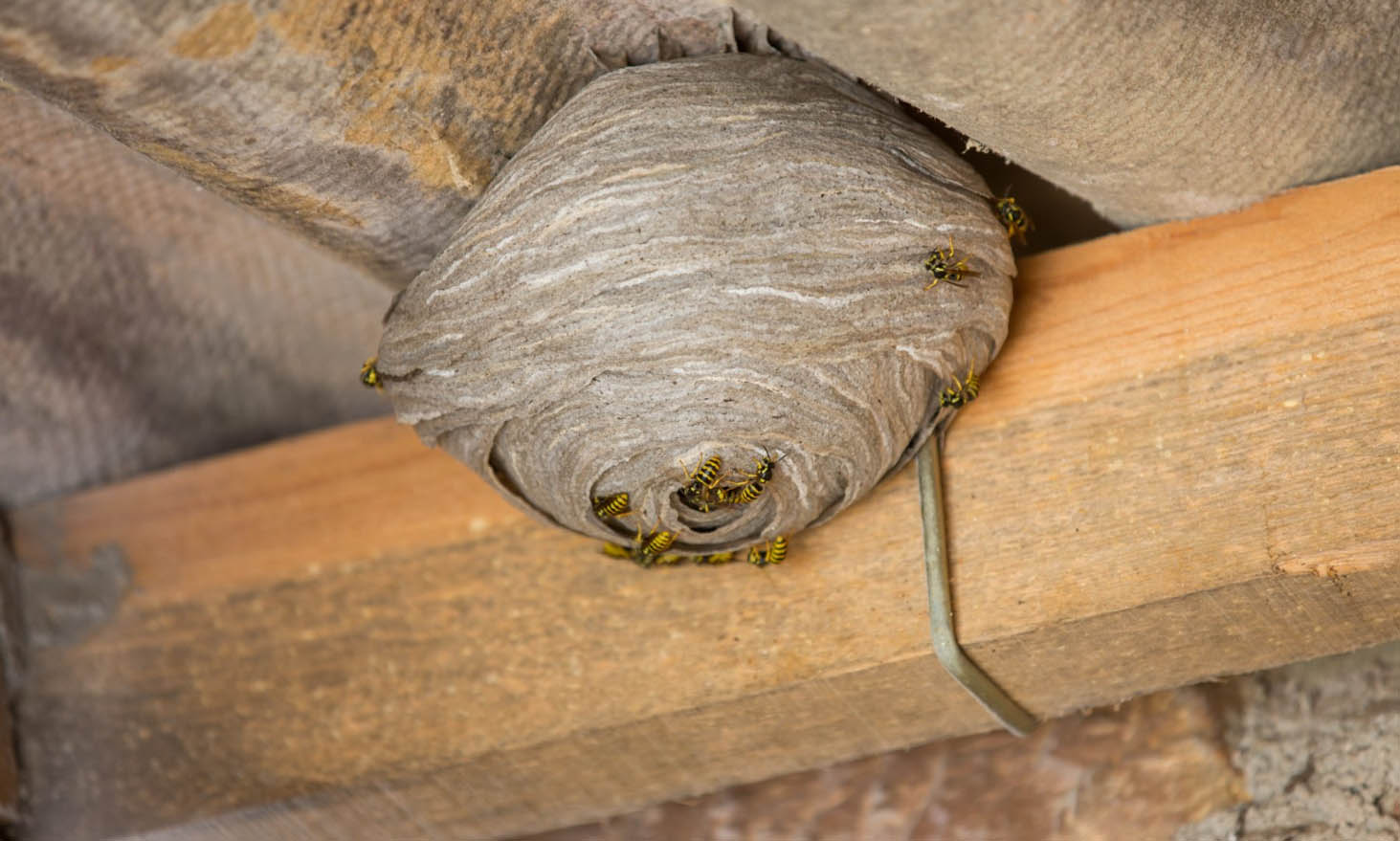 Wasps can be very aggressive, and it doesn’t take much to provoke them to attack you.

This is why many DIY methods to remove a wasp nest are very dangerous and should be avoided.

You may believe you’re capable of removing a nest yourself; however, there are many ways it can go wrong, resulting in being stung many times. Here are three terrible DIY ways to remove a wasp nest:

This is very ineffective and only succeeds in killing some of the wasps. The rest of the colony is likely to fly out, and aggressively attack you or anyone else nearby. Starting a fire can also lead to damage to your property or nearby buildings. Remember, a wasp nest is flammable, as it’s made of papery substances (chewed wood mixed with wasp saliva).

A common suggestion people make is to bash the nest with a baseball bat, or similar item. It’s believed that this will scare wasps away by damaging their nest and making it harder for them to live. However, it’s unlikely you will kill wasps and they are likely to attack and sting you in response to your move. Also, any bystanders are at risk of being stung by hundreds of wasps.

A wasps nest is very durable, albeit lightweight, so it’s easy for wasps to repair any damage, so this method is not only dangerous but completely ineffective.

This method is also highly ineffective, and yet again dangerous too. You will not remove many of the wasps; instead, they will fly out and become very aggressive as you have disturbed their nest.

If the wasp nest is located inside a building, for example, in a loft, then you are likely to cause water damage to the interior. This will result in repair costs, and overall you’ll pay more than what you would have had you called an expert.

Ultimately, the safest, most effective, and less costly method is to call a specialist who can deal with the nest appropriately. An expert will have access to protective clothing and equipment to remove the nest completely without causing harm to anyone or damaging someone’s property.

This article was written in conjunction with Zest Wasp Removal who provide domestic and commercial pest control services throughout Central Scotland.