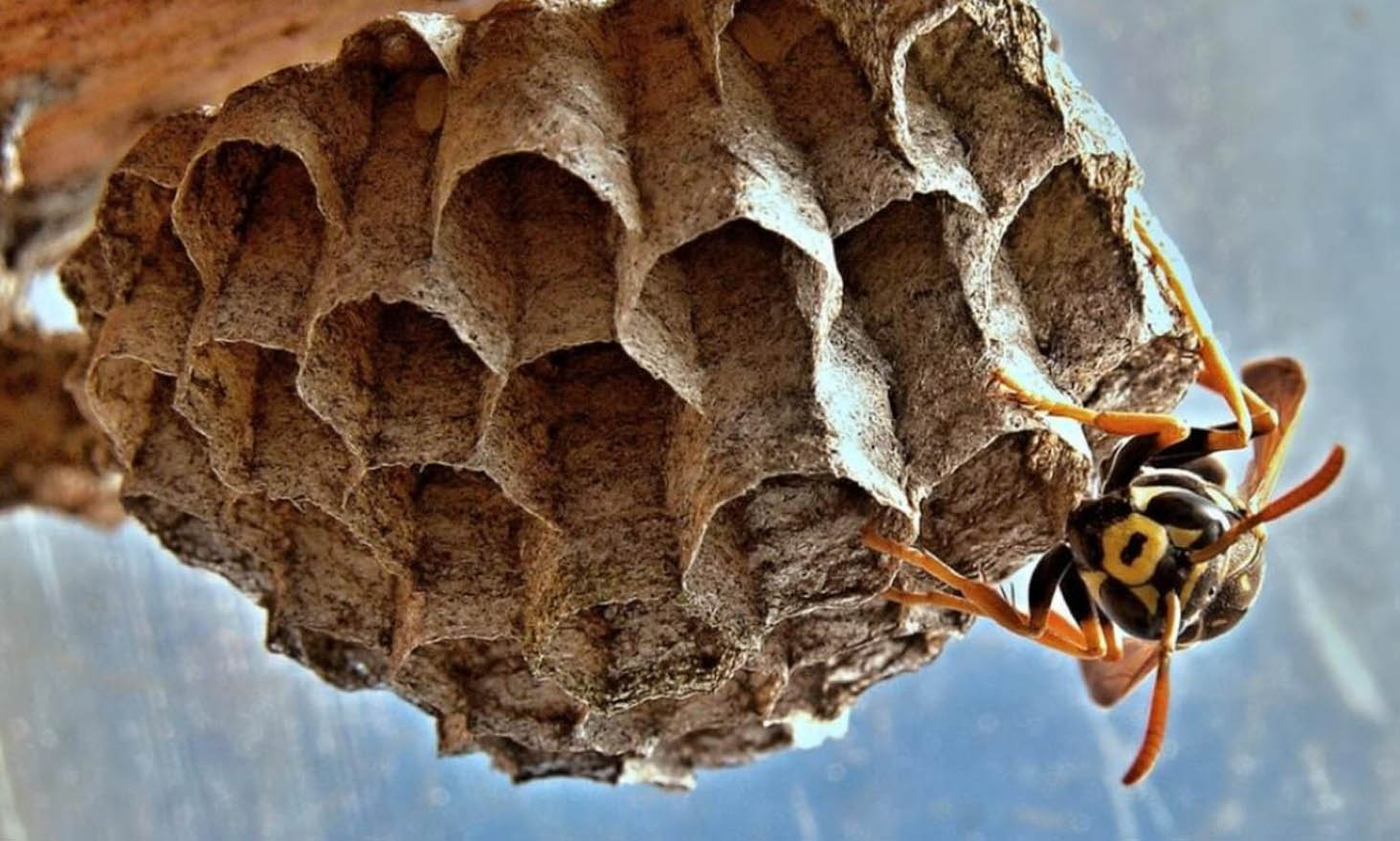 They can also be dangerous to those who are allergic to wasp stings.

The occasional wasp flying around is usually nothing to worry about. However, if you start to notice an increase in the number of wasps around your home or workplace, there’s a chance a wasp nest is nearby

To find out whether there is a wasp nest, you should observe the area to rule out any possibility that something else is attracting a large number of wasps. Nearby picnics or outdoor eating areas serving sweet or sticky items could be the culprit.

If it’s still unclear why wasps are attracted to the area, it’s time to consider where the nest is located and what actions you should take.

A wasp nest is made from a mixture of chewed wood and wasp saliva that gives a papier-mache texture and appearance. The nests are incredibly durable, lightweight, and waterproof. It takes hundreds of wasps to build a nest, and it can house up to 5,000 wasps at one time.

The problem is, that wasp nests aren’t so visible, as they tend to build in sheltered places, like bushes or under trees. Even wall cavities, garages, and sheds provide adequate shelter for wasps, which makes the presence of a nest more stressful for property owners.

The most obvious sign of a nest is a large number of wasps flying by. To identify where the nest is located you must look out for a ‘worker wasp’. These are female wasps who will likely lead you to the nest if you follow them.

When you spot a nest, it may be the size of a golf ball, which is the average size for a nest during spring. However, as the summer months pass, a wasp nest can grow several times bigger, almost to the size of a beach ball. Therefore, the sooner you spot the nest the better, as they are less aggressive in the earlier months of the season and it’s safer for an expert to remove it if the nest is small.

You should avoid removing the nest yourself as you and others are at risk of being stung by a large swarm of wasps. Instead, call an expert who has the necessary protective equipment to safely remove the nest.